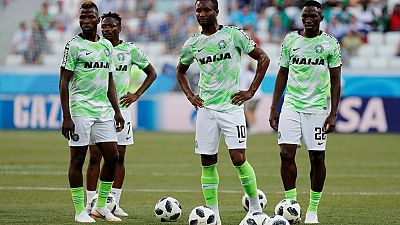 Nigeria coach Gernot Rohr made three changes to his team for Friday’s Group D World Cup match against Iceland on Friday, bringing in Kelechi Iheanacho and Ahmed Musa up front and Kenneth Omeruo in defence.

Nigeria, under pressure to beat Iceland after losing their World Cup opener 2-0 to Croatia, dropped strikers Odion Ighalo and Alex Iwobi to the bench along with defender Shehu Abdullahi.

Iceland will feel the heat in Volvograd: Nigeria coach Rohr