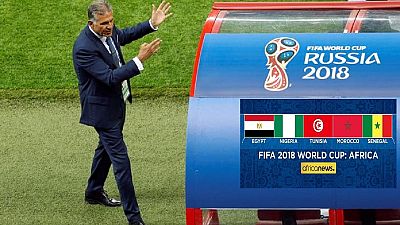 Croatia win and qualify for the next round of the 2018 FIFA World Cup after emphatically beating Argentina.

Rakitic makes it 3, to further shock the South Americans.

Luka Modric doubles Croatia’s lead with a brilliant strike in the 80th minute.

Messi can’t be the only guilty one. When he scores, all Argentines celebrate, so when he misses, we can’t jump on him alone ... that’s too easy a way to think.

Croatia takes the lead through Rebic in the 53rd minute.

The match kicks off here at the Nizhny Novgorod Stadium.

In less than an hour, the second round of matches in Group D kicks off with Argentina taking on Croatia.

This promises to be a good one in Nizhny Novgorod… ????#WorldCup pic.twitter.com/4MuxZz1NEW

The pressure on five time world player of the year, Lionel Messi has caused his coach Jorge Sampaoli to ask fans to stop blaming the 21 year old star captain when the country does not perform to expectations.

“Messi can’t be the only guilty one. When he scores, all Argentines celebrate, so when he misses, we can’t jump on him alone … that’s too easy a way to think,” smarted Sampaoli on the eve of their next Group D game, against Croatia.

Croatia comfortably won their opening game 2-0 against African side, Nigeria and will be looking to capitalise on any weaknesses in the Argentine play.

“To beat Argentina, we’ll have to play the perfect match and we’ll have to work very hard, from the first second to the very last minute of stoppage time,” said Croatia’s Ivan Rakitic, who also plays with Messi at Barcelona.

France progresses to Round of 16, Peru eliminated

19 year old Kylian Mbappe, who scored a historic goal for France, becoming the youngest French player to score at the World Cup, has ensured that his team qualify for the next round, while Peru are effectively eliminated.

At halftime, the two teams are separated by Kylian Mbappe’s goal, scored in the 34th minute.

The match kicks off at the Ekaterinburg Arena

France will now take on Peru, playing to win and regain the top position in the group standings, following Denmark’s win over Australia.

Right, on to Match 2 today…

Peru’s coach has declared that his side will be playing for a win, saying they will not allow France to bully them in the Group C clash on Thursday.

Coach Ricardo Gareca said the Incas, who played some attractive soccer in going down 1-0 to Denmark in their first game, would not change their approach against the highly-fancied French on Thursday.

“This involves playing to our style and not letting France push us around. We are obviously not going to be able to control France all the time but we want to develop our style of play. Our intention is to win,” he told a news conference.
Argentina vs Croatia

Gareca will rely on the creativity and instinct of the country’s veteran striker Paolo Guerrero, who looked sharp as a substitute against Denmark.

France who have one of the youngest teams at the World Cup, featuring 19-year-old Kylian Mbappe and 21-year-old Ousmane Dembele, will be hoping to deal with the high expectations on them, having failed to inspire in the opening game where VAR and goal line technology helped them win.

Australia hold Denmark to a 1-1 draw

It end 1-1 as Australia register their first point of the tournament.

A first point of the 2018 #WorldCup for the Socceroos, while dbulandshold maintain their unbeaten run in Group C…#DENAUS pic.twitter.com/iVhv0ok4aS

The match kicks off.

It’s a few minutes to kick-off at the Samara Arena where Denmark takes on Australia in a Group C match.

The teams for #DENAUS are in! ?

Denmark who barely managed to win their opening game 1-0 against Peru, are prepared to go back to the basics to earn another three points today.

“I want to focus on how we will play because in the first match we were too focused on the result and so we didn’t perform to our best,” coach Age Hareide told reporters on Wednesday.

Australia, on the other hand, who put a brave performance against France, will be playing to win against a side their coach says is ‘more of a team’ than the French collection of stars.

“The Danish they are a strong team, they are number 12 in the world rankings and that says enough,” Van Marwijk told reporters on Wednesday.

Australia’s coach is yet to employ the services of the country’s record goal scorer’ 38 year old Tim Cahill.

“They are a physically strong team, very tall players, that’s their weapon and we played against France and they have more quality and creativity in their players, but I think the Danish are maybe more a team.”

Denmark will qualify for the last 16 if they beat Australia and Peru fail to win against France.

Argentina’s Lionel Messi will be hoping to put the memories of his missed penalty in the opening 1-1 draw against Iceland behind him, when his side takes on Croatia in the second round of matches in Group D.

Messi, who said he felt responsible for his team’s failure to take the maximum three points, has been backed by several of his admirers including Argentine legend Diego Maradona, who said he missed a few penalties himself.

The French stars including Paul Pogba, Antoine Griezmann, Kylian Mbappe and Ousaman Dembele will also be determined to put up a better performance, after their unconvincing 2-1 win against Australia in the opening game of Group C.

Matchday 8, let's do this pic.twitter.com/8CfoAkjN0W 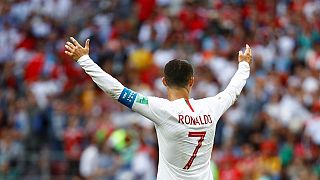 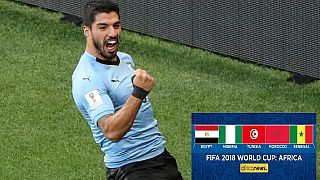