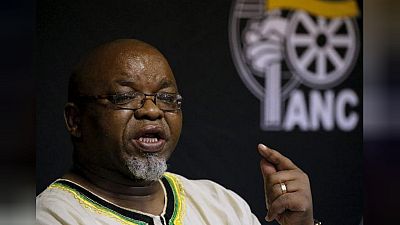 South Africa plans to raise black ownership at permit-holding mining companies to 30 percent from 26 percent within five years, the latest draft of a hotly-contested new industry charter showed on Friday.

The government and miners had been at loggerheads over a previous version of the charter, which the Chamber of Mines industry body slammed as confusing and a threat to South Africa’s image with investors.

The new draft charter extends to five years from one year the time that existing mining permit holders will have to meet the new black ownership requirement.

It also addresses a dispute over companies that were not recognised as having complied with black empowerment rules under the previous version of the charter, even when that was the result of a black investor selling shares.

“Publishing of the Charter moves us a step forward in terms of ensuring regulatory and policy certainty for the industry,” mines minister Gwede Mantashe said in a statement.

Agreeing a new version of the charter is seen as instrumental to securing further investment in the mining sector, which new President Cyril Ramaphosa has made a priority.

The charter, published for public comment before being refined into law, is part of South African affirmative action rules that aim to reverse decades of exclusion under apartheid.

For new mining right applicants, they must have a minimum of 30 percent black shareholding before securing the permit, according to the draft.

But the requirement that 10 percent of that ownership target be granted for free to communities and qualifying employees, dubbed ‘free carry’, might cause controversy among mining companies.

The Minerals Council South Africa, an industry lobby group, said it was against the free carry stipulation.

“The industry does not favour a requirement of 10 percent ‘free carry’ on new mining rights as part of the proposed 30 percent BEE equity ownership target, as it would render uneconomic a significant proportion of potential new projects, and would undermine and constrain any prospects for growth in the sector and indeed the economy as a whole.” MCSA said in a statement.

Other proposals in the charter include: new mining rights holders must pay 1 percent of core profit, or EBITDA, to employees and communities and that 70 percent the mining goods procurement budget must spent on South African made goods.