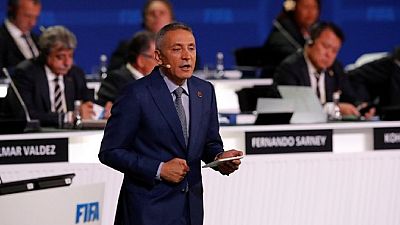 Morocco’s Sports Minister, Rachid Talbi Alami announced Friday, the North African nation will bid to host the World Cup-2030, following the failure of the Kingdom to get the nod to organize the World Cup in 2026.

Alami confirmed local reports that the decision is on the instruction of His Majesty King Mohammed VI.

Morocco, hopes to become the second African country after South Africa to host the tournament.

In 2030, the tournament will be the “World Centennial”, a century after the first World Cup was organized and won by Uruguay, which has already announced its joint candidacy with Argentina and Paraguay for 2030.

On Wednesday, FIFA awarded the 2026 host to the trio US-Canada -Mexico, crashing hopes of the Cherifian Kingdom to stage one of the greatest sports events on the planet. The latter only managed 65 votes with the former getting 134 votes. It criticizes Saudi Arabia, traditional ally of Morocco of campaigning against its bid. A total of seven Arab countries, mostly seen as allies of Morocco, voted for the US-Canada-Mexico bid.

A statement from the Royal cabinet said on Wednesday evening, the emir of Qatar, Cheikh Tamim had informed King Mohammed VI of “full support of Qatar in case the kingdom presents its candidacy for the organization of the World-2030”.

This is the 5th time the North African nation has failed in its bid to host the World Cup.