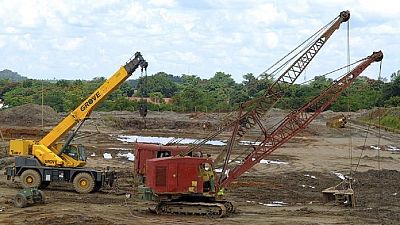 Democratic Republic of Congo state miner Gécamines will drop legal proceedings to dissolve a copper and cobalt joint venture with a subsidiary of Glencore Plc after reaching a settlement with its partner that includes Gécamines getting a $150 million payment.

It de-risks the situation. It shows a commercial discussion can be conducted rationally and you can come to a solution where both parties can move forward.

Investors have been watching the dispute closely, particularly for any impact on supplies of cobalt from Congo, which is by far the world’s biggest producer of the metal used in batteries for electric cars and mobile phones.

Gécamines in April started legal proceedings to dissolve Kamoto, blaming Glencore for high debts that have weighed on the Congo mining company for more than 10 years.

The $150 million payment will be funded by new loans from Glencore, which owns 86 percent of Katanga.

“I consider this is a small price to pay,” said Paul Gait, an analyst at Bernstein Investment Research.

“It de-risks the situation. It shows a commercial discussion can be conducted rationally and you can come to a solution where both parties can move forward,” Gait said.

Glencore accounts for more than a quarter of the world’s cobalt output, most of it from Congo, which itself is the source of 60 percent of global supplies. Any disruption could push up cobalt prices from already historic highs of near $100,000 a tonne.