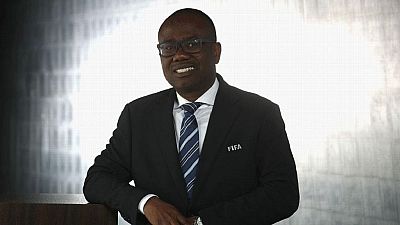 Africa’s football governing body will hold an extraordinary session in September to replace disgraced Ghana Football Association (GFA) President Kwesi Nyantakyi, who has resigned from his roles at the FIFA council and CAF executive committee.

Kwesi who was first vice president of the Confederation of African Football (CAF) was captured on video allegedly accepting a gift of $65,000 as gifts intended to appreciate a projected role in facilitating meetings with the Ghanaian president and establishment of businesses in the country.

The video which was released by controversial journalist, Anas Aremeyaw Anas has so far caused the dissolution of the GFA and earned Kwesi a 90 day ban by FIFA.

The documentary that was screened to the public showed several officials including referees taking cash to fix matches in the country’s local league and other tournaments including the continent’s champions league.

CAF announced that it will hold a vote at an Extraordinary Congress on 30 September 2018 in Egypt to fill the CAF 1st Vice-President function and the vacancy on the Fifa Council.

FIFA has not yet commented on whether any action will be taken over the government’s plan to dissolve the GFA.

The global soccer body does not accept any third party, including government, interference in its member associations.

It could respond by suspending Ghana’s membership, which would mean the country’s national teams could no longer compete in international competition.

Ghana, who have played at three previous World Cups, missed out on the this year’s tournament which starts in Russia on June 14.