Of London 7s and World Cup memories made in Africa [Sport] 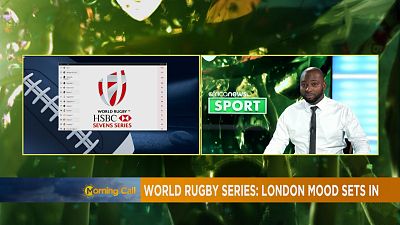 The wait for the 2018 Fifa World Cup in Russia is very nearly over with only 13 days left to go. Some African teams and players have served us with memorable moments and the stories will be told to generations for generations.

From Cameroon Roger Milla’s wiggle dance during the 1990 World Cup match between Cameroon against Colombia – and it is that dance that is considered to have given birth to the contemporary goal celebration – to Senegal’s shock outing in 2002.

In this segment we relived the moments courtesy of the Teranga Lions’ Class of 2002.

And in rugby, the penultimate stage of the World Rugby 7s series kicks off this Saturday up to Sunday in Twickenham, London.

The World Series competition is in its 19th year and brings together the world’s leading rugby sevens teams, competing in 10 rounds across the globe, with each stage featuring 16 countries.

This season kicked off in Dubai in December and climaxes in Paris later this month who will take the season’s crown?

South Africa won last season’s series crown but are currently just 4 points behind leaders Fiji. The Fijians overtook the Blitzboks after the dramatic final in Singapore when they claimed their third consecutive victory.

Again as it stands there are only 37 points between the top four teams, with this year’s series proving to be the most competitive yet.

For you to know but not necessarily….

The news that Mohamed Salah could be fit for the World Cup has been more that reassuring to many football fans. But meanwhile, over half a million people have signed an online petition calling for Fifa and Uefa to punish Sergio Ramos for “intentionally hurting Mohamed Salah” in the Champions League final last week.

The petition on Change.org says: “Sergio Ramos represents an awful example to future generations of football players. Instead of winning matches fairly, he uses tricks that defy the spirit of the game and fair play.”

Do online petitions work? Not really.