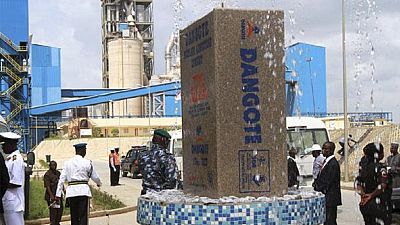 Authorities in Ethiopia are investigating circumstances under which the country manager of Dangote cement was killed by unknown assailants on Wednesday.

According to a statement the Command Post established to oversee the implementation of the State of Emergency, Deep Kamara was killed along with two other individuals in the afternoon attack.

The Command Post which is currently hunting for the attackers, called on the local community to cooperate with security forces to help apprehend the criminals.

The Dangote cement plant, the largest in Ethiopia, is located in the Oromiya regional state, less than 90km from the capital, Addis Ababa.

In the 2016 – 2017 protests, trucks belonging to Dangote Cement were torched by protesters, but a reconciliation ceremony had been organised in September 2017, which was attended by hundreds of locals.

Ethiopian online portal, Addis Standard reported that discussions between the locals and the cement plant had been held last week, on issues related to the working relationship of the locals at the factory.

The portal also reported that Aliko Dangote, owner of the Nigerian headquartered cement manufacturer, Dangote Cement, is expected to arrive in Addis Ababa to hold an emergency meeting with the management of the plant in the country.