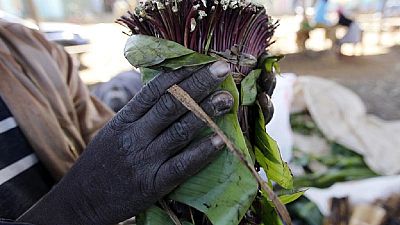 An explosion killed at least five people and wounded 10 on Wednesday in a market for the stimulant leaf khat in southern Somalia, police and residents said.

The blast, whose cause was not immediately clear, occurred in the busy market in the town of Wanlaweyn in the Lower Shabelle region, about 90 km (55 miles) to the northwest of the coastal capital Mogadishu.

Given Wanlaweyn’s lack of hospitals able to take in multiple casualties, residents said they took many of the wounded to their homes for the time being after the afternoon blast near a busy cluster of khat kiosks.

The blast at the khat kiosks killed at least five civilians and injured more others including soldiers. We are investigating whether there are more casualties and the cause of the blast.

Police said they were investigating whether the explosion was caused by a planted bomb or by a suicide bomber.

“The blast at the khat kiosks killed at least five civilians and injured more others including soldiers. We are investigating whether there are more casualties and the cause of the blast,” police Captain Farah Ismail told Reuters.

“The death toll may rise,” he added.

“I could also see several soldiers in uniform being transported from the blast scene but I could not confirm whether they were dead or wounded.”

It was not immediately clear who was behind the blast. In past incidents, the al Qaeda-linked al Shabaab militant group has claimed responsibility. Al Shabaab is fighting to overthrow Somalia’s central government and establish its own rule based on its interpretation of Islamic law.

Since being pushed out of Mogadishu in 2011, the group has lost control of most of Somalia’s cities and towns. But it retains a strong presence in regions outside the capital.