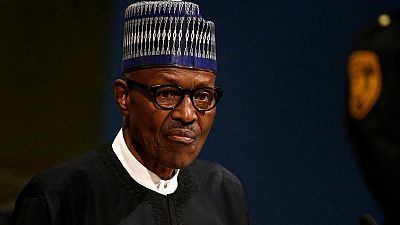 Nigerian lawmakers voted on Wednesday to invite President Muhammadu Buhari to the House of Representatives to discuss a spate of killings in central Nigeria.

Hundreds of people have died in clashes this year between semi-nomadic herdsmen and settled farmers in central states, including 16 killed in an attack on a church in Benue on Tuesday.

The lower chamber of the legislature also passed a vote of no confidence in all security chiefs following the renewed clashes and called for the president to replace them.

In response to widespread attacks on citizens across the country, HouseNGR today passed a vote of no confidence on service chiefs and security advisers and called for their replacement. pic.twitter.com/dWqRDByF6y

The violence has raised questions about the government’s ability to maintain security in the country, putting pressure on Buhari less than a year before an election he wants to contest.

The motion in the lower house called for the president to appear to discuss the situation in Benue, where the highest-profile killings have taken place, and other states in the region, including Taraba, Nasarawa and Kaduna.

No date was suggested for his appearance. Buhari’s spokesmen did not respond to text messages and phone calls seeking comment.