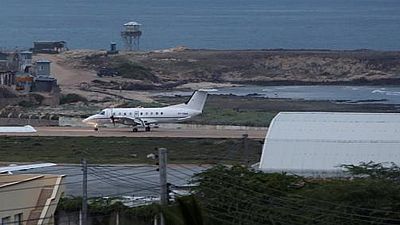 Bahrain’s Foreign Minister, Khalid bin Ahmed Al Khalifa, has weighed in on the diplomatic tension between United Arab Emirates (UAE) and Somalia, describing the latter as ungrateful and unfair to its Gulf ally.

Khalifa used his official Twitter account to blast Somalia for ‘denying and insulting’ its ally ‘in the name of the nation’s enemies’, despite UAE’s support in the fight against piracy and insecurity.

Relations between UAE and Somalia have been steadily declining since the latter’s decision not to cut ties with Qatar, preferring to take a neutral position in the dispute between Saudi Arabia and Qatar.

The Ambassador refused the bags to be examined with metal detectors, electronic scanning, or canine sniffing without opening or detaining the bag which was a simple solution to the problem.

Relations took another hit last month when Somalia nullified an agreement between UAE’s DP World, Somaliland and Ethiopia over the management of Berbera port. Somalia said the deal violated its territorial integrity.

In the latest diplomatic spat, Somalia intercepted a plane from UAE on Sunday at the Mogadishu airport and impounded three bags containing $9.6 million.

While the UAE foreign ministry has since described Somalia’s move as illegal and a breach of diplomatic protocol, Somalia insists that the diplomats present at the airport including the UAE Ambassador to Mogadishu Mohammed Ahmed Othman Al Hammadi failed to verify the bags.

“The Ambassador refused the bags to be examined with metal detectors, electronic scanning, or canine sniffing without opening or detaining the bag which was a simple solution to the problem,” a senior government official told Voice of America in Somalia.

A local radio in Mogadishu, Radio Dalsan, reported that the defence ministry has decided to take full charge of its army training and pay salaries of troops that were trained by UAE through a military cooperation agreement signed in 2014.

The move effectively ends UAE’s role in the military affairs of Somalia.

UAE had explained that the confiscated funds were meant to pay the Somali army and trainees based on that agreement.

Somali authorities have since started an investigation to determine whether the money was intended to destabilise the country.