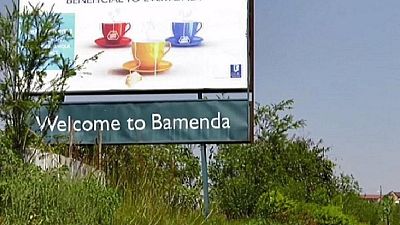 <p>Skepticism dominates Cameroon’s English-speaking areas, even after the visit of the newly appointed Interior Minister Paul Atanga Nji. The minister visited Buea and Kumba in the South-West, as well as Bamenda and Batibo, two sub-regions in northwestern Cameroon. </p> <p>The minister had said on Tuesday that he was bringing a “message of dialogue” to the restive southwest anglophone region, where the army is fighting separatists.</p> <p>Atanga Nji, himself an anglophone, told state radio he was in the region to “bring a message of dialogue, a responsible dialogue, a dialogue with those who know that Cameroon is one and indivisible”.</p> <p>But his visit has been met with skepticism, with some terming his mission as a ‘joke’ and an ‘illusion’ as <span class="caps">RFI</span> reports. </p> <p>“He did not try to meet us and he talks about dialogue! But which dialogue is it,” <span class="caps">RFI</span> quotes an exasperated lawyer from Buea who spoke on condition of anonymity.</p> <p>“He was content to see the traditional chiefs,” said a bitter teacher, who preferred to take refuge in his village because of the tension in Bamenda.</p> <p>“Tension is brewing because we are approaching the presidential election and in fact, the government is doing nothing to resolve the crisis, “he continues.</p> <p>The minister, the first anglophone Interior Minister, is unpopular in the English-speaking regions after declaring in early 2016 that there was “no anglophone problem” in Cameroon.</p> <p>Two English-speaking regions, in the southwest and northwest, became part of the French-majority country after independence in 1960 and contain around 20 percent of the Cameroon population.</p> <p>Tensions have flared since separatists proclaimed the autonomous republic of “Ambazonia” in October last year.</p> <p>The country has had a tortuous colonial history that saw it pass from German rule to French and British hands, and the anglophone minority complain of having long been marginalised by the French-speaking elite.</p> <p>The conflict between rebels and the army has become increasingly serious, as separatists urge the armed forces and government officials to leave the territory.</p> <p>New separatist groups are emerging, while the Yaounde authorities have reduced their communications about the conflict to a minimum.</p> <p>The unrest in the anglophone regions has prompted around 33,000 people to flee to neighbouring Nigeria.</p> <a href="https://twitter.com/muisyo_?ref_src=twsrc%5Etfw" class="twitter-follow-button" data-show-count="false">Follow @muisyo_</a><script async src="https://platform.twitter.com/widgets.js" charset="utf-8"></script>