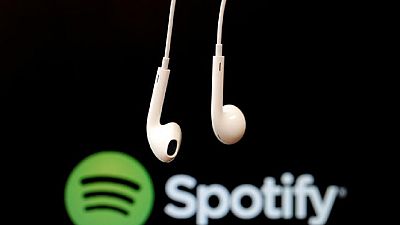 Global music streaming provider Spotify is set to launch its services in South Africa on Tuesday, marking its entry into Africa, where there is a rapid uptake of smartphones and improving telecommunications infrastructure.

The Swedish company, launched in 2008 and available in more than 60 countries, is the biggest music streaming company in the world and counts services from Apple Inc, Amazon.com Inc and Alphabet Inc’s Google Play as its main rivals.

The South Africa launch comes as Spotify prepares for a direct listing of its shares on the New York Stock Exchange, which will allow investors and employees to sell shares without the company raising new capital or hiring Wall Street banks to underwrite the issue.

“We believe South Africa is a wonderful country to start in,” Spotify Managing Director in Middle East and Africa Claudius Boller told Reuters on the sidelines of the launch.

Spotify also has aspirations to branch out into the rest of Africa, Boller said, without committing to timelines or geographies.

An increase in connectivity across South Africa, helped by higher investment in infrastructure, as well as a growing uptake in credit cards and bank accounts has drawn global video and music streaming providers.

Its music streaming market is dominated by players such as Apple Music, Google Play, France’s Deezer and Simfy Africa, with only a few local operators such as mobile phone operator’s MTN and Cell C with MTN Music+ and Black.