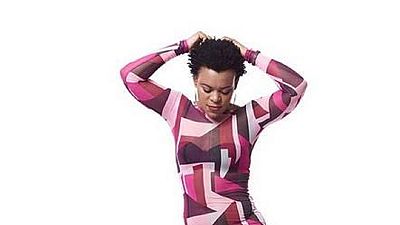 Wabantu, who was due to appear as star guest at an album launch in Lusaka, was reportedly detained upon arrival at the Kenneth Kaunda International Airport at 21:00 hours Friday night.

Zambian authorities did not state reasons for her deportation, but the government had earlier said Wabantu would not be granted permission to enter the country to perform because that would be contrary to national morals.

It’s official, #ZodwaWabantu will not be allowed to perform in Zambia. Arts council says her show ‘will undermine our national values.’ #womensday pic.twitter.com/8QlfdBFl3d

That statement from the National Guidance and Religious Affairs Minister Godfridah Sumaili was followed by the National Arts Council who told the promoter, Sunset Sound Production, that she could only attend as a guest because allowing her to perform was against “public interest and national values”.

“I have just confirmed with South African Airways that she was deported and left for South Africa aboard the 07:20hrs flight (today),” Sunset Sound proprietor Lucky Cheelo Munakampe was quoted as saying by a private daily, The Mast.

In 2016, Kenya deported one of Africa’s biggest musicians Koffi Olomide after a video emerged of him kicking one of his female dancers soon after jetting into the country.

The subsequent outrage on social media pushed the authorities to react and Koffi was arrested and deported to Kinshasha in the Democratic Republic of Congo.

A Koffi Olomide concert scheduled to take place in Zambia was cancelled shortly after the deportation.

The outrage appearing to kick a woman.

Zimbabwe’s acting Tourism minister Patrick Zhuwao last year declared that the South African would not be allowed to perform at the Harare International Carnival.

The ministerial decree followed a complaint by Zimbabwean actress Anne Nhira that Wabantu should keep off the event since she was not a Zimbabwean, dressed scantily and was a lesbian.

The 32-year-old mother, also fell afoul with former South African President Jacob Zuma for her dress sense and for her graphic utterances.

Zambians on social media expressed mixed feelings about the deportation.