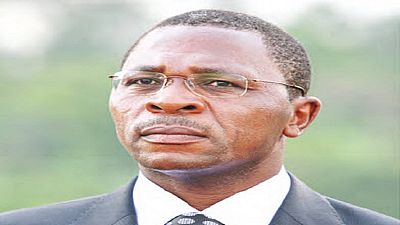 Cameroon’s Interior Minister has averred that English-speaking regions cannot claim that President Paul Biya has been a discriminatory leader.

Atanga Nji Paul was one of two Anglophones appointed in a cabinet reshuffle. he was named Minister of Territorial Administration which translates to the Interior Ministry portfolio.

An investigative journalist posted a short video of Atanga’s reaction to the cabinet shakeup. “The president is an extraordinary statesman. I have insisted that since 1982, the head of state Paul Biya has given Anglophones preferential treatment.

“He has done that for the Anglophones. And I believe that this is the proof (his appointment as Interior Minister) and Anglophones cannot say ever that he hasn’t given them their due,” he stressed.

“Anglophones should never say president has given nothing to them. The head of state is an extra-ordinary man. He has always favoured the anglophones” Paul ATANGA NJI minister of Territorial Administration speaking after appointment. pic.twitter.com/aZhLCA6u2w

His views come at a time when peaceful protests over marginalization in English-speaking regions have escalated into a push for secession by the so-called Ambazonia Republic.

Most Anglophone Cameroonians have expressed disgust over his view and slammed him for saying that because he had secured a position in the Biya-government.

Separatist activities have led to deadly confrontation between security forces and the Ambazonia Defence Force (ADF) and other armed groups.

The two regions – North West and South West – have been placed under curfews in the light of the security situation.

A humanitarian crisis has been created as thousands of people in the region have fled into Nigeria. Despite these challenges, the central government maintains that there is relative peace across the region.