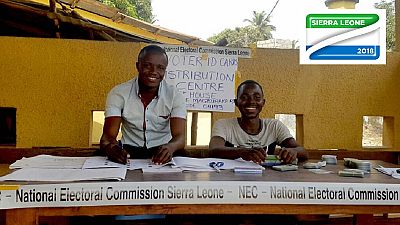 Sierra Leoneans are set to go to the polls to elect a new set of political leaders on March 7, 2018. The process is a general election that will result in the replacement of outgoing president, Ernest Bai Koroma.

As they pick their third president, voters will also elect members of parliament to fill 112 seats in the 124 seater legislature.

The remaining twelve seats are reserved for Paramount Chief Members of Parliament across the country. That process took place on Tuesday, exactly a week to the election proper.

The West African country will have its third president since the return to multi-party rule. Ahmed Tejan Kabbah under the banner of the main opposition Sierra Leone Peoples Party (SLPP) won two terms 1996 – 2006 even though his tenure was disrupted by military takeover in 1997.

The Johnny Paul Koromah coup of May 1997 was ended in March 1998 following which regional bloc returned Tejan Kabbah to power. Incidentally he beat outgoing Bai Koroma to win the United Nations assisted polls of 2002.

With his two-term over in 2002, Bai Koroma as the ruling All Peoples Congress (APC) candidate beat then vice-president Solomon Barewa in a runoff vote having failed to secure the constitutionally mandated 55%.

Bai Koroma vied for and won a second and final term in 2012 beating former military Head of State Julius Maada Bio who run on SLPP ticket. Maada Bio is on the ballot for the March 7 vote but comes up against the APC’s Samura Kamara – a former foreign affairs chief.

Meanwhile, the elections organizer, the National Electoral Commission (NEC) has taken delivery of ballot papers earlier this week. They have also held engagements with political stakeholders over the process.

Observer groups deployed so far include the European Union, the Commonwealth and the African Union. The conduct of the election will underline West Africa’s democratic maturity as The Gambia, Ghana and Liberia have all seen peaceful transition of power in the last two years.