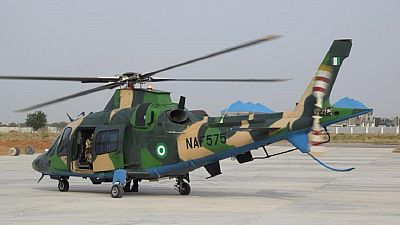 The Nigerian security apparatus is doing all it takes to rescue the over 100 schoolgirls abducted by suspected Boko Haram terrorists in the northeastern Yobe State on February 19, 2018.

The presidency reported that the Nigeria Air Force (NAF) chief, Chief of Air Staff Abubakar Sadique had relocated to Yobe State to personally superintend the search for the missing Dapchi girls.

The NAF disclosed on Sunday that it had intensified efforts to locate the girls. Their efforts are complimented by that of ground troops engaged in the fights against the Boko Haram insurgency.

Meanwhile the government has released the names of the 110 girls who were abducted from the Government Girls Science and Technology College (GGSTC). The government said their ages ranged between 11 – 19 years.

A 12-man committee has also been instituted to unravel the circumstances surrounding their abduction.

Its terms of reference include: “ascertaining the circumstances surrounding the abduction, confirming the presence, composition, scale and disposition of security in Dapchi and in GGSTC before the incident, and suggesting measures that can lead to the location & rescue of the girls.”

The committee comprises members of the security forces and the intelligence agencies, as well as representatives from the Yobe State government.

The Committee will be inaugurated today 28 February 2018 and is expected to submit its report by 15 March 2018. It is also saddled with recommending measures to prevent future occurrence.

The Dapchi incident evoked memories of 2014 abduction of girls from Borno State town of Chibok. Most of those girls have been rescued after government negotiations with Boko Haram. Over 100 others are still being held in captivity.