Kenyans react to having two presidents, Gambia had same in 2017 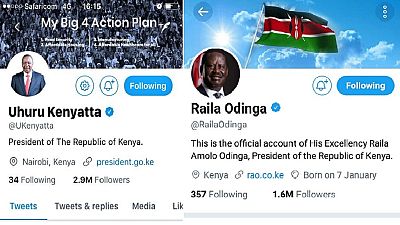 Kenyans on social media are reacting to a political situation that has “blessed” the country with two presidents.

The constitutionally recognized president is Uhuru Kenyatta who took office in November 2017 after winning a presidential poll rerun ordered by the court in September 2017.

But on Tuesday (January 30) Uhuru’s main rival and former prime minister, Raila Amolo Odinga also took an presidential oath of office in the capital Nairobi amid a government ban.

So where is the presidential power of Odinga emanating from? Barely an hour after taking his oath, he has changed his titles on his verified social media pages.

Kenyans are reacting to it partly with political lenses, others are seeing the fun side of it whiles for some, it is the sign of things to come.

The Gambia landed itself in a similar situation a little over a year ago when Adama Barrow who beat long serving Yahya Jammeh took an initial oath of office in Dakar at a time Jammeh was still holding on to power in Banjul.

Google ended up “officially” giving both Barrow and Jammeh the title of president until Jammeh agreed to fly into exile before Barrow got the singular mention of President of the Gambia. 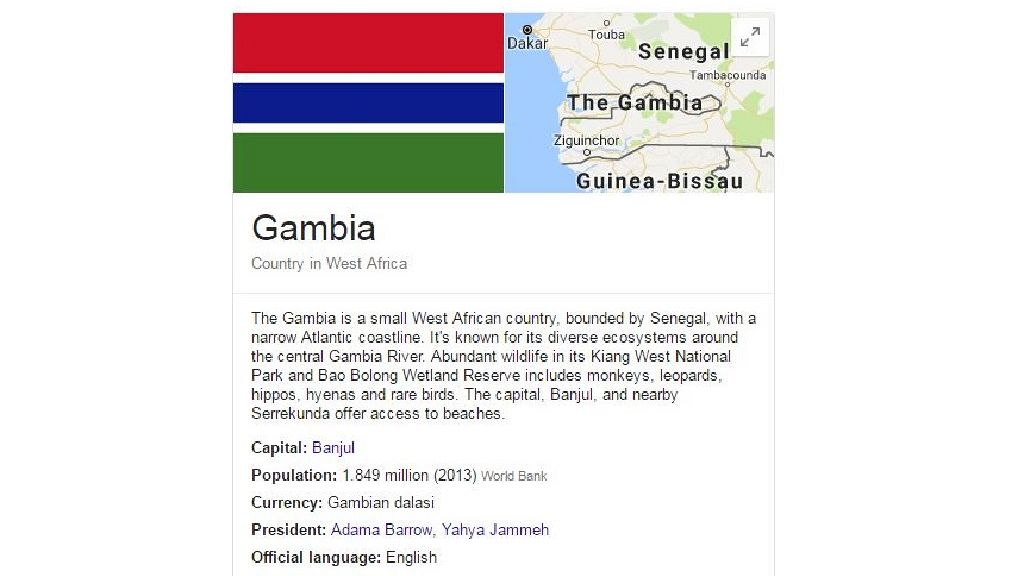 Both declare on their Bios they are the “President of the Republic of Kenya”, so who do you recognize? RT for UKenyatta Like for RailaOdinga #NASAOathDay pic.twitter.com/iQ4YOqLBSs

Kenya is truly a record breaker, first they nullified election results and now they have two Presidents lol#NASAOathDay

Can we ask Twitter to at least settle who gets to call themselves the President of #Kenya on their platform? pic.twitter.com/I8VnMpuaMO

The shortest swearing in in history. Took about 4mins to swear in and left the venue. He was sworn as the 'PEOPLE'S PRESIDENT' not the 'COMMANDER IN CHIEF OF THE ARMED FORCES OF KENYA'. See the JOKES? Raila is not interested in taking power from Uhuru Kenyatta. #NASAOathDay

Something else that #NASAOathDay demonstrated: It is GoK that brings the violence. When cops don't interfere, events tend to go off peacefully. How many lives would've been spared if that had happened on RailaOdinga's return from the US or during the demos against the elections?

But why did NASA have to take so many days to participate in #inaugurationchallenge……???#NASASwearingIn #NASAOathDay pic.twitter.com/VNdZwfu4IO

Kenya opposition leader Raila Odinga has finally been ‘sworn in’ as the ‘people’s president’ by thousands of his supporters at the Uhuru Park in the capital, Nairobi. https://t.co/SeWUPKCXsP pic.twitter.com/e1auXmPvQO