Colombian nun abducted in Mali appears in a Jihadist video 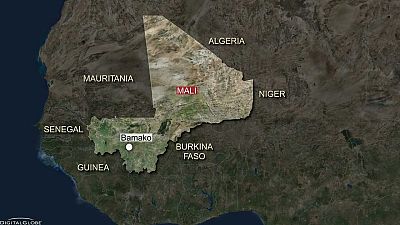 A Colombian nun kidnapped nearly a year ago in Mali appears in a video in which she asks for the intervention of Pope Francis, reports the Mauritanian agency Al-Akhbar and the American center of surveillance of jihadist movements, SITE.

Franciscan Sister Gloria Cecilia Narvaez Argoti was kidnapped on 7 February 2017 in Karangasso, near Koutiala, in southern Mali, near the border with Burkina Faso, where she had been working as a missionary for six years.

Her last evidence of public life dates back to a video broadcast in July 2017 by the “Groupe de soutien à l’ Islam et aux musulmans”, the main jihadist alliance in the Sahel, linked to al-Qaida, showing six Western hostages kidnapped in Mali or Burkina Faso.

This new video lasts 4 minutes and 44 seconds, with a voiceover commentary in English, according to Al-Akhbar, an agency known for regularly receiving and broadcasting press releases from jihadist groups in the Sahel.

The Colombian nun addresses the Pope, asking him to intervene for her release, congratulating him on his recent tour of Latin America and stressing that her captivity continues at a time when Christians are celebrating Christmas, an indication that the video was recorded at the end of December.

According to security sources in Mali and Burkina Faso, at the time of the abduction, the search extended from Mali to Burkina Faso, to which the abductors and their hostages had gone.

The north of Mali had fallen in March-April 2012 under the control of jihadist groups linked to al-Qaida. These groups were largely driven out of the country following the launch in 2013, of an international military intervention, led by France.

But entire areas are beyond the control of Malian and foreign forces, despite the signing in May-June 2015 of a peace agreement that is supposed to isolate the jihadists for good.

Since 2015, these attacks have spread to the centre and south of Mali and the phenomenon has spread to neighbouring countries, particularly Burkina Faso and Niger.

Faced with the deteriorating situation on the borders of Mali, Burkina Faso and Niger, reactivated G5 Sahel, the regional organisation which which brings these three countries together with Mauritania and Chad.

The joint anti-Jihadist force project, initially launched in November 2015, has received pledges of financial support from France and the United Araba Emirates among others.