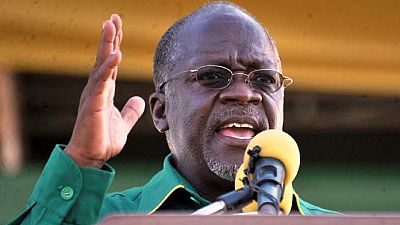 The government has revoked licences of two marine vessels flying Tanzanian flag after they were seized for shipping illicit drugs and explosives contrary to national and international laws.

The development was announced by the vice president of Tanzania, Samia Suhumu Hassan during a press conference at State House in Dar es Salaam.

The two ships in question were seized towards the end of last year and early this year in the Dominican Republic and Greece respectively.

We revoked the licenses and ordered the owner of the ships to lower the Tanzanian flag. We will also take action against those who registered the ships.

‘’ We revoked the licenses and ordered the owner of the ships to lower the Tanzanian flag. We will also take action against those who registered the ships,’‘ Hassan said.

The vice president said President Magufuli has directed the authorities to take appropriate legal measures aginst those who were involved in registering the ships with the Zanzibar Marine Authority.

‘‘When they were registered, they signed declaration forms that the marine vessels would never be involved in illicit drug trade, ship weapons or be used for human trafficking. So, the fact that they have been seized for these very reasons, it means that the owners violated the laws’‘

The vice president said the decision was reached in consultation with authorities from the Revolution Government of Zanzibar and that, going forward,the two governments will form a committee to review registration of all ships flying the Tanzanian flag.