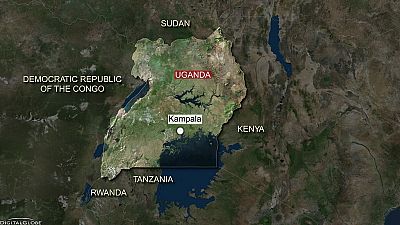 Uganda has recalled its deputy ambassador to the United States after the US State Department kicked him out for beating his wife.

One of our officers had a domestic incident at his house that resulted in him being asked to leave the country; It is unfortunate and we at the Ministry of Foreign Affairs recognise that

“One of our officers had a domestic incident at his house that resulted in him being asked to leave the country; It is unfortunate and we at the Ministry of Foreign Affairs recognise that,” he said.

“When he arrives, we shall counsel him together with his wife so that such a thing does not happen again,” Oryem added.

A local private newspaper in Uganda, the Daily Monitor, quoting a source, reported that Ogwang had held a thanksgiving party at his residence and that among the guests was a lady that he was allegedly having an affair with.

Mrs Ogwang is said to have raised her concerns about the woman.

“Mr Ogwang waited for most of the guests to leave and severely beat his wife injuring her nose,” the Daily Monitor quoted the source.

The remaining guests are said to have called in the police and Mrs Ogwang was rushed to hospital.

“When the incident was reported to police it became an issue of diplomatic concern as authorities in Washington wanted Ogwang prosecuted,” the source is quoted.

But Okello Oryem refuted claims the diplomat was asked to leave the US after police raided his home following the incident.

On social media, many condemned the Ugandan diplomat for ‘beating his wife’ and ‘embarrassing his country’.

In my diplomacy class at Uni, diplomats were being viewed as gods; untouchable. I would love to see their immunity revised so that buffoons like Dickson Ogwang, the attache to the Ugandan embassy in Washington, D.C, who beat his wife, penalized and stripped of his duties.

What’s with our diplomats?, they seem to all have one way of resolving conflict through -violence.?

Always in the news for all the wrong reasons. They have turned out Mr country in to #shithole