Rapists in Somaliland can no longer marry victims, could face 30 years in jail 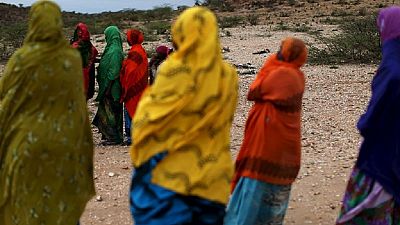 Until early this week, Somaliland – a breakaway semi-autonomous region of Somalia – did not recognize rape as a crime, but that could soon change. This is despite the fact that Somalia does not have any legislation against sexual violence.

Hitherto, rapists had two broad options in the region, they paid victims off or were forced to marry their victims. But a new law is proposing up to 30 years imprisonment for rapists.

The bill has been passed by Somaliland’s lower house of parliament and has to go through the upper house and receive presidential assent before becoming law.

Every woman and girl has the right to live her life without the threat and fear of violence. This law will make a substantial contribution in curtailing sexual violence against women and girls.

“The bill had been languishing for some years and the newly elected government, which is very serious about tackling violence against women, saw it as a priority to bring it before parliament,” Somaliland’s representative in Britain, Ayan Mahamoud told the Thomson Reuters Foundation.

“It is however possible that it will face resistance when it comes before the House of Elders in the coming weeks, as members in the upper house tend to be more traditional.”

The region’s new government says the move is to ramp up its efforts and drive to clampdown on violence against women. The self-declared republic of Somaliland is a conservative Islamic region in the Horn of Africa.

Somaliland – with a population of about 4 million – declared independence from Somalia in 1991 following a bloody civil war, but is not internationally recognised as a country.

Mahamoud said President Musa Bihi Abdi’s government, which came to power in November, was shocked by reports of gang rape and wanted to take action against it.

He refuted claims the move was part of a strategy to show Somaliland as a functioning democracy with the aim of gaining recognition on the global stage.

The United Nations hailed the law as a milestone, but said much more needed to be done.

“Once it is signed into law, there is need to develop the capacities of the national justice and security actors, non-state actors and service providers and to create awareness among the public,” said Fadumo Dayib, head of UN Women in Somalia.

“Every woman and girl has the right to live her life without the threat and fear of violence. This law will make a substantial contribution in curtailing sexual violence against women and girls.”