U.N. to investigate deaths of Tanzanian peacekeepers in DR Congo 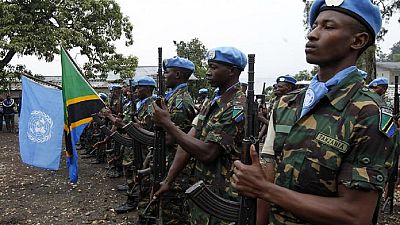 The United Nations will investigate an attack in Congo last month that killed 15 Tanzanian peacekeepers, U.N. Secretary-General António Guterres said in a statement on Friday.

The Tanzanian authorities had demanded that the U.N. ‘onduct a thorough and transparent investigation for the spilled blood of Tanzanian soldiers, in order to know what happened and obtain justice.’

Dmitry Titov of Russia, a former U.N. assistant secretary-general, has been appointed to lead the probe, which will examine the circumstances surrounding the attack, evaluate the peacekeeping mission’s preparedness and provide recommendations for prevention of future attacks, the statement said.

In addition to U.N. officials, the investigation team will include two Tanzanian military officers, it said.

Tanzania demands a UN inquiry into the DRC killing of its peacekeeping soldiers https://t.co/CGoK05ucN1

U.N. officials said they suspected Ugandan rebels from the Allied Democratic Forces (ADF) carried out the Dec. 7 assault on the base in the town of Semuliki in Congo’s North Kivu province. The ADF is an Islamist rebel group that has been active in the area.