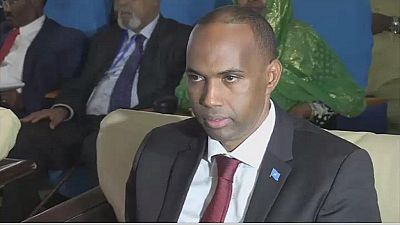 Somalian Prime Minister Hassan Ali Khaire has sacked his ministers for foreign affairs, the interior and commerce, replacing them with newcomers, the government said on Thursday, as it battles an Islamist insurgency.

They were replaced with Ahmed Ise Awad who is currently Somalia’s ambassador to Washington D.C., Mohamed Abdi Sabriye, a telecom businessman and Mohamed Abdi Hayir, a legislator, in the foreign affairs, interior and commerce posts respectively.

There had been a “a dire need” to appoint new ministers to those posts, the statement said, adding the new cabinet members would help the government tackle its heavy workload.

Khaire, a former oil and gas executive, was appointed to the post by President Mohamed Abdullahi Mohamed last February. His government has been criticized for failing to stem attacks by al Shabaab militants.

Last year, the defence minister and the head of military resigned months after being hired to spearhead ‘ a fresh war against al Shabaab’.

The head of national security and the police commander were sacked after the country’s deadliest truck bomb attack killed 512 people in October. Both posts are yet to be filled.

With the help of African troops and the United States, Somalia’s government has been battling the al Shabaab insurgents to try to restore peace in the country following decades of conflict.