The Republic of Congo signs peace deal with "Ninja" rebels 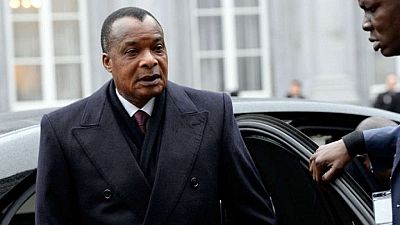 The government of the Republic of Congo on Saturday agreed a ceasefire with rebels in the southeast region of Pool, halting a 15-year conflict that rights groups say has cost dozens of lives and forced tens of thousands to flee.

Political violence spiked in the Central African oil producer after a contested presidential election in April 2016 was won by President Denis Sassou Nguesso, who has ruled for 33 of the last 38 years.

A militia led by Frederic Bintsamou, better known as Pastor Ntumi, which fought Sassou Nguesso during and after a 1997 civil war, has been blamed by the government for deadly raids on police, military and government bases, and has also halted trade through the Pool region with blockades.

Today is a great day for the Congolese. This is the day we have just signed the cessation of hostilities agreement.

In return, the government has bombed the Pool region, including one helicopter raid last year on a residential area that Amnesty International said killed at least 30 people.

The unrest has forced tens of thousands to flee their homes and sparked allegations from human rights groups of abuse by government troops.

Ntumi’s so-called “Ninja” rebels have clashed with the Congo government since 2002 and have long sought an end to government military intervention in the Pool region.

“Today is a great day for the Congolese. This is the day we have just signed the cessation of hostilities agreement,” said Ntondo.

Under the deal, the militias have agreed to hand over arms and allow the free movement of trade between the capital Brazzaville and the commercial hub of Pointe Noire. During hostilities, trains and cars were often halted by militias.

The government will oversee a commission that will monitor the peace, and loosen security in the region to allow people to travel to and from their family homes.