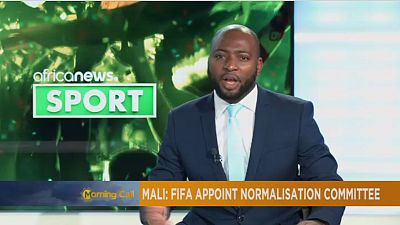 FIFA has appointed a normalisation committee to run the affairs of the Malian Football Association (Femafoot).

FIFA said in a statement explaining it’s decision that this followed the current deadlock affecting Femafoot and comes after two missions to Bamako dispatched by Fifa and Caf.

The new committee has a huge task to ensure that elections for a new Femafoot executive committee are held before 30 April 2018.

Mali were handed a FIFA ban from global football for six weeks on 17 March this year for government interference, after sports minister Housseini Amion Guindo decided to dissolve the executive committee of FEMAFOOT and appoint a provisional committee mandated to run the association.

The ban saw Malian clubs Onze Createurs and Djoliba disqualified from the 2017 Confederation Cup and the country is currently ranked 72nd in the world, and 14th in Africa according to the most recent FIFA rankings.

Heading across the Atlantic to Pindorama of the Land of the Palms – Brazil. The country may be churning out football talent to the rest of the world in droves, but it’s football governing body, CBF, has been tainted with graft.

And now former Brazil striker and 1994 World Cup champion Romario on Tuesday announced his intentions to run for the president of the scandal-plagued CBF to make things right.

Romario was making this announcement four days after CBF President Marco Polo del Nero was suspended for 90 days by football world body Fifa. Del Nero who’s is a former member of the FIFA Council is is being investigated in Brazil for alleged unethical conduct – bluntly put, corruption.