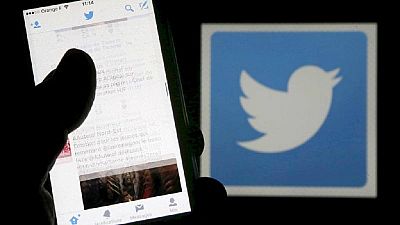 That the media is a powerful tool anywhere in the world is without doubt. That an occasional case of misreporting could hit even the biggest media entity is true. That the media must air rejoinders is fair.

But long before the advent of social media, Africans could only complain about misrepresentations carried by most western media. Even the days of sending rejoinders meant that media entities decided when and how to publish them – even if they did.

Enter social media – Twitter to be precise. The dynamics seem to have changed so fast thanks to the 280-characters micro-blogging platform and more so to the hashtag (#). The hashtag chalked 10 years this year.

It is increasingly becoming clear that with social media, one needs not send an email to a publisher and or complain about misrepresentation in vain. Schooling media corporations have become a whole lot easier.

The computer symbol which until the Twitter boom was as good as useless to the average computer literate save the programmers, is now a huge rallying point for social, political, economic and religious causes.

One of the most powerfully African ones that went global and continues to enjoy reasonable social media limelight is #BringBackOurGirls. The Nigerian activist group ceaselessly demanding the rescue of girls abducted by terrorist group Boko Haram in Nigeria – the infamous Chibok girls held by the Abubakar Shekau faction of the group.

This article looks at three instances where Africans used Twitter to draw the attention of international media channels to false stories, inaccurate reports and by that effectively combat misreporting.

In all cases, the media houses admitted and corrected the ‘problematic’ portions of their reportage.

The West African country had just completed a successful election in 2016 and were basking in continental and global commendation when a CNN report – call it misreport – sparked a social media protest.

A paragraph of the story read “Oil reserves were discovered off the coast of Ghana in 2007, but Ghanians (sic) struggle to obtain food and day-to-day services. Rolling blackouts are common and citizens often stand in long lines to obtain products.”

A sports journalist, Gary Al-Smith, was among those who came across the article but instead of responding – say on the CNN’s Twitter page, he took the unusual step of rallying Ghanaians to ‘force’ CNN to get it right.

One of his tweets slamming the American broadcaster read, “My Ghana people. Shall we do something let @CNN know that we are tired of their lazy reportage of our election? Tweet them with #CNNGetItRight.”

The hashtag erupted before long as people joined in the call to action. #CNNGetItRight was up in Ghana’s trends – with people attacking, mocking and schooling the international broadcaster. Before long the article was updated and the ‘problematic’ paragraph deleted.

“An earlier version of this article incorrectly described the status of the retail economy in Ghana. Stores are generally well stocked and food shortages are rare. The earlier version also erroneously said Nana Akufo-Addo run for president in 1998. Ghana did not have presidential elections in 1998,” an editors note added at the end.

The United Kingdom’s Daily Mail came in for Twitter flak in July 2017 after they described Tanzania’s capital, Dar Es Salaam as a fishing village. They were reporting on a pre-season tour by English Premier League side, Everton, to the country.

“Everton touched down in Tanzania ahead of their pre-season friendly, with Wayne Rooney and co welcomed by hoards of people as they arrived in the fishing village of Dar Es Salaam,” this was the paragraph that sparked off a twitter blitz.

Maria Sarungi Tsehai, a communications expert and founder of the group Change Tanzania latched onto the report and ‘schooled’ the Daily Mail on the place known to be the capital and largest port city of the East African country.

DailyMailUK nice "fishing village" of Dar es Salaam - somewhere in Africa - right?Can you be more condescending? You could have Googled! pic.twitter.com/96nGPZagQC

She had lots of people joining in and bashing the Daily Mail for a shoddy job. A correction was quickly effected on the story. ‘Fishing village’ as contained in the first version had been changed to ‘coastal city.’

Back in the United States, the New York Times, was at the end of Twitter mockery after they sent out a tweet concerning a Ghanaian story but one that came with a Nigerian picture.

A photo of President Buhari upon his first return from U.K. medical vacation was accompanied by the title, “Britain accuses some lawmakers of Ghana for falsifying visa documents for family members.”

One of the first people to react happened to be an official of the government’s communication unit, Tolu Ogunlesi, who put a rather humorous twist to it. “Yeah. Then you use Nigerian President and his family. The thunder that will fire you is still applying for visa.”

He continued in another tweet reply in what he suggests was the scenario that led to the gaffe. “NYT Photo desk: We can’t find any Ghana photos.” As a response to the difficulty, NYT Photo Editor consults google and says: “Use this one, it is the only African thing we have.”

.nytimes Photo Editor: Googles. Use this one. It’s the only African thing we have. https://t.co/LDqbQSw7Ky

As was the case with CNN, NYT also issued an statement titled: “Correction: April 27,2017.” It read: “A photo with an earlier version of this article was published in error. The photo was of President Muhammadu Buhari of Nigeria.

“While Mr. Buhari has traveled to Britain for medical treatment, he had nothing to do with the visa fraud case involving the Ghanaian lawmakers.”

These are just three instances among many others. Kenyans and South Africans have also used Twitter to fight fake reportage by Western media outlets. Most tech watchers describe social media as a leveler – in terms of how swift it can push for change in instances of misreporting.

“It is increasingly becoming clear that with social media, one needs not send an email to a publisher and or complain about misrepresentation in vain. Schooling media corporations have become a whole lot easier if you ask me,” Nii Saki, an ardent Twitter user told Africanews.