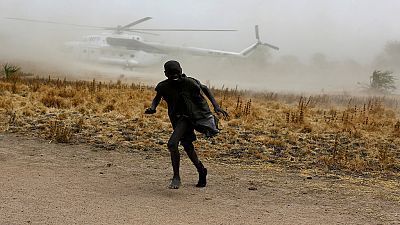 All parties involved in the Intergovernmental Authority on Development (IGAD)-led revitalization forum on South Sudan said they want an end to hostilities as soon as possible.

Representatives from the government, the opposition and former political detainees have told China Global Television Network (CGTN) that they hope the gathering in Ethiopian capital of Addis Ababa from Monday till Friday will end suffering once and for all.

These delegates are trying to reach agreement on three major issues, the restoration of a permanent ceasefire, full implementation of the 2015 peace agreement and a timeline for democratic elections.

South Sudan’s government is confident that this forum will succeed on all three accounts.

“I think the meeting so far has achieved to a large extent what the government had expected. And we are engaging constructively. We are the government. We have come to bring peace, because we are responsible for the people of South Sudan in the country called South Sudan. So we are not going to behave like rebels or estranged groups or people who want to agitate and destabilize the system,” said Martin Elia Lomoro, delegation head of the government of South Sudan.

Other key stakeholders, the Sudan People’s Liberation Movement-in-Opposition (SPLM-IO) and former political detainees, also believe the forum will lead to peace and stability.

“We should come up with a positive outcome so that eventually peace is realized in South Sudan. And all of us are working toward that and we hope that by the end of the day we have to come up with the resolutions that will make sure that whatever happened in the past will never ever happen again,” said Henry Oduwa, delegation head of SPLM-IO.

“I’m optimistic. I’m very optimistic that we will achieve cessation of hostilities and ceasefire, because we don’t have any choice but to do that. So this is a forum that has been accepted by everybody in South Sudan. And we are putting a lot of hope in it,” said Deng Alor, delegation head of South Sudan’s Former Political Detainees.

One reason for the failure of the 2015 peace agreement is a lack of funding. Some have accused the international community of failing to support the implementation of the deal on the ground. There are similar fears that financial constraints may hamper the outcome of this revitalization forum.