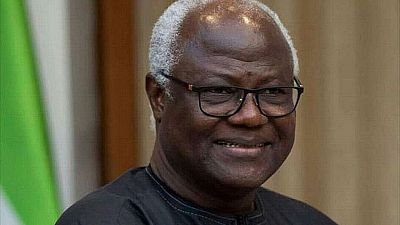 Two Ebola survivors in Sierra Leone have filed a lawsuit at the Ecowas Court of Justice in Abuja, Nigeria, accusing the government of mismanaging funds during an epidemic that killed more than 3,000 people in the West African nation.

More than 11,300 people died in total during the worst outbreak of the highly contagious disease, which mainly affected Guinea, Liberia and Sierra Leone from 2013 to 2016.

Foreign governments and health organisations poured millions of dollars into the three nations to halt the epidemic’s spread, but local authorities in Sierra Leone were dogged by allegations of corruption and misuse of the funds.

“Sierra Leoneans have repeatedly demanded accountability and justice for the mismanagement of Ebola response funds, but their demands have fallen on deaf ears”

Sierra Leone’s government has pledged to investigate any accusations but so far there have been no prosecutions related to misspent government Ebola resources.

“Sierra Leoneans have repeatedly demanded accountability and justice for the mismanagement of Ebola response funds, but their demands have fallen on deaf ears,” said Ibrahim Tommy of the Centre for Accountability and Rule of Law, which is assisting the plaintiffs.

The two Ebola survivors, who contracted the virus while serving as health workers, blame inadequate resources provided by the government for their infection and the subsequent deaths of many of their colleagues.

Around 250 health workers died in Sierra Leone over the course of the epidemic.

The suit, filed with the Nigeria-based court of regional bloc ECOWAS, alleges the government’s actions during the health crisis violated its citizens’ “right to life and right to health”.

The plaintiffs are seeking both financial and non-financial compensation, Tommy said.

Sierra Leone’s Attorney General Joseph Kamara told Reuters that the government had not yet received notification of the complaint, adding that until it did he was unable to comment on the case.

An internal government audit in 2015 found that a third of resources earmarked to fight the epidemic during a six-month period a year earlier could not be properly accounted for. It added that proper use of the funds could have saved more lives.

“We want to know what happened with the money,” said Yusuf Kabbah, the head of Sierra Leone’s Ebola survivors association. “We are very much interested to give our own support, so that all those that were actors in the fight will be held responsible.”