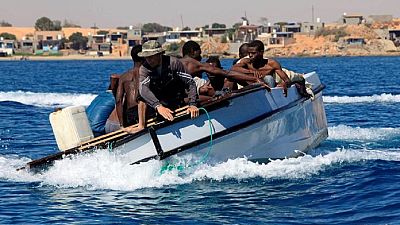 Italy wants Libya’s coastguard to take responsibility within three years for intercepting migrants across about a tenth of the Mediterranean even as Libyan crews struggle to patrol their own coast.

According to the Italian plan, outlined in a slide presentation seen by Reuters, the European Union and Italy are focusing on rebuilding Italy’s navy and coastguard.

The 30 slides show spending of $52 million to expand Libya’s capacity by 2020, equipping the coastguard and enabling it to establish its own rescue coordination centre as well as a vast maritime search-and-rescue region.

The plan however faces criticism from aid groups who say the Libyan coastguard is poorly trained and accuse them of mishandling a rescue last month in which at least 50 people are thought to have died.

The other concern is that the Libyan coastguard returns intercepted migrants to Libya where they are likely to be harassed, tortured or ‘sold into slavery’, while Italy has been coordinating rescues off the Libyan coast.

The project which draws on European Union and Italian funds, and needs EU approval was presented by the Italian coastguard at a conference hosted by the EU’s anti-trafficking mission, Sophia, in Rome last month.

Hundreds of thousands of migrants have attempted to cross the Mediterranean to Europe since 2014 and over 3,000 have died en route this year alone, many after passing through Libya.

Images broadcast by CNN last month appeared to show migrants being auctioned off as slaves by Libyan traffickers. This sparked anger in Europe and Africa and highlighted the risks migrants face.

Arrivals to Italy have however fallen by two-thirds since July from the same period last year after officials working for the U.N.-backed government in Tripoli, Italy’s partner, persuaded human smugglers in the city of Sabratha to stop boats leaving.

The Libyan coastguard also increased the rate of its interceptions, turning back about 20,000 this year, though it still only stops a portion of the boats.

Ayoub Qassem, a Libyan coastguard spokesman, said he did not have details of the plan, but both sides recognised the need to cooperate in tackling irregular migration.

“Recently the Italian side has been eager to cooperate with Libya because it’s more effective than working without Libya — that’s natural,” he said.

The Libyan government recently entered into an agreement with Italy to establish a joint operations room for tackling migrant smugglers and traffickers.

Indeed, Italy has supplied Libya with four refurbished vessels so far, and six more have been promised, while the EU has trained about 220 Libyan coastguards.

But rights groups and aid workers insist that partnering with Libya’s “unprofessional” coastguard risks exposing migrants to drowning during rescues or to further rights abuses if sent back to detention centres inside Libya.

“From the testimony we hear from the migrants, we know that people intercepted at sea have then re-entered the circle of violence and imprisonment and abuse that they were fleeing,” said Nicola Stalla, search-and-rescue chief for SOS Mediterranee, one of the charities still operating off Libya.

The expansion of Libyan patrols has led to confusion and competition over who should take the lead during rescues. Some charity ships say they have been directed to hold off rescues to allow the Libyans to arrive, putting migrants at risk.

Libya’s search-and-rescue region extends 90 miles from shore in some places, and 200 miles in others, Qassem said.

The Libyans have already notified the International Maritime Organization about plans to take over a large search and rescue region, but withdrew the notification this month, saying it would resubmit a new one soon, an IMO spokeswoman said.

According to the spokeswoman, it would be the first time Libya has set up a search-and-rescue region.

The Italians whose plan also foresees a pilot project for monitoring Libya’s southern border are fully in support of Libya’s plans.

Six years after the revolution that overthrew Muammar Gaddafi, Libya is split between rival governments in the east and west while ports and beaches are largely in the hands of armed groups. 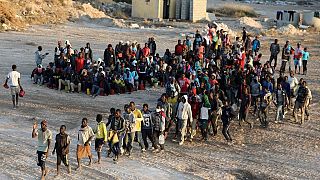 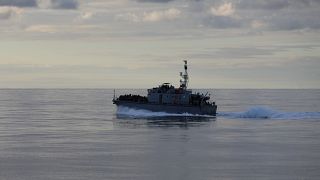 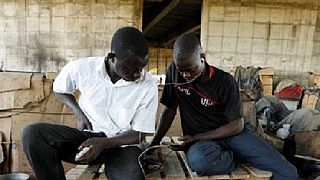