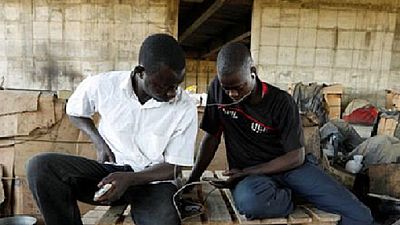 The United Nations migration agency has called on social media platforms to make it harder for wrong elements using their platforms to lure African migrants to Libya where they risk detention, torture, slavery or death.

The International Organisation for Migration IOM says the people smugglers use social media sites like Facebook to reach would-be migrants with false promises of jobs in Europe.

According to the spokesperson of IOM, Leonard Doyle, the popular messaging site Whatsapp is then used to send video of tortured migrants to their families for extortion.

“We really … ask social media companies to step up and behave in a responsible way when people are being lured to deaths, to their torture,” Doyle told a Geneva news briefing.

We really ... ask social media companies to step up and behave in a responsible way when people are being lured to deaths, to their torture

IOM has been in discussions with social media providers about its concerns, Doyle said, adding: ”And so far to very little effect. What they say is ‘please tell us the pages and we will shut them down’.

“It is not our job to police Facebook’s pages. Facebook should police its own pages,” he said.

Africa represents a big and expanding market for social media but many people are unemployed and vulnerable, he said.

Doyle called for social media companies to invest in civic-minded media outreach and noted that on Google, pop-up windows appear if a user is looking at pornography images, to warn of danger or criminality.

Hundreds of thousands of migrants have attempted to cross the Mediterranean to Europe since 2014 and over 3,000 have died en route this year alone, many after passing through Libya.

Images broadcast by CNN last month appeared to show migrants being auctioned off as slaves by Libyan traffickers. This sparked anger in Europe and Africa and highlighted the risks migrants face.

The IOM has helped 13,000 migrants to return voluntarily to Nigeria, Guinea and other countries from Libya this year. It provides them with transport and pocket money and documents their often harrowing testimonies.

Doyle said it was currently repatriating 4,000 migrants to Niger. Switzerland said on Friday it was willing to take in up to 80 refugees in Libya in need of protection, among 5,000 whom the UN refugee agency says are in a precarious position.