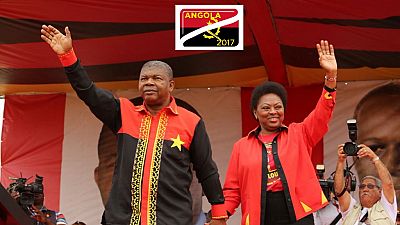 The announcement marks one of Lourenço’s boldest policy moves since he took power in September and suggests he intends to try and draw a line under years of endemic corruption and impunity.

The expectations of Angolans are high and they cannot continue to be defrauded.

Lourenço has surprised analysts and diplomats by the speed at which he has sought to take on some of the entrenched vested interests that control sub-Saharan Africa’s third largest economy and second biggest oil exporter.

Speaking on Wednesday at the end of a ruling party conference on corruption, Lourenço said a grace period would be announced early next year during which money could be repatriated and invested in the Angolan economy without questions being asked.

During the grace period, citizens “will not be hassled, will not be questioned as to the reasons why this money was held abroad, will not be prosecuted,” Lourenço said.

But once that window, the dates of which have not yet been announced, passes: “the Angolan state will consider itself justified in regarding the money as belonging to Angola and Angolans and as such, together with the authorities of the countries where the money is held, act to bring it back into its possession.”

After nearly 30 years of civil war came to an end in 2002, Angola’s economy grew at a rapid pace thanks to an oil boom which drove GDP to multiply ten times by 2014.

But rife corruption and mismanagement meant gaping inequality persists, and a collapse in the price of oil lead to an economic crisis from which the country is still wrestling to emerge.

In November, he dismissed Isabel dos Santos, daughter of the former president José Eduardo dos Santos, as chair of state oil company Sonangol. He also cancelled lucrative state contracts with a media company owned by another of dos Santos’ daughters.

“The expectations of Angolans are high and they cannot continue to be defrauded,” Lourenço said.