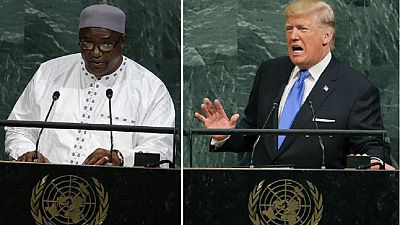 <p>The United States government has announced the lifting of <a href="http://www.africanews.com/2016/10/04/us-imposes-visa-ban-on-gambian-government-officials-over-deportation/?platform=hootsuite " target="_blank">visa sanctions</a> imposed on Gambian officials last year.</p> <p>The State Department said the latest move which took effect Tuesday December 12, 2017; was because Banjul had taken steps to accept citizens deported from the U.S.</p> <p>The tiny West African country had reportedly refused to accept nearly 2000 people the U.S. was at the time trying to deport. The Washington Times noted that Homeland Security took the move after extensive overtures to the Gambian government were not heeded.</p> <p>“As of October 1, 2016, the US Embassy in Banjul, the Gambia has discontinued visa issuance to employees of the Gambian government, employees of certain entities associated with the government, and their spouses and children with limited exceptions,” a State Department official said at the time.</p> <blockquote class="twitter-tweet" data-lang="en"><p lang="en" dir="ltr">US imposes visa ban on Gambian government officials over deportation <a href="https://t.co/XGZA3kCVB9">https://t.co/XGZA3kCVB9</a></p>— africanews (@africanews) <a href="https://twitter.com/africanews/status/783221743209029632?ref_src=twsrc%5Etfw">October 4, 2016</a></blockquote> <script async src="https://platform.twitter.com/widgets.js" charset="utf-8"></script> <p>The Gambia is, however, not the only African country facing such sanctions. Recently, Sierra Leone, Guinea and Eritrea were all threatened with such measures over non acceptance of deported nationals.</p> <p>It is not known the level of diplomatic engagements that led to the lifting of the sanctions but it was imposed under the reign of exile leader Yahya Jammeh. He went on to lose December 1, 2016 polls to then opposition coalition leader and current president, Adama Barrow.</p> 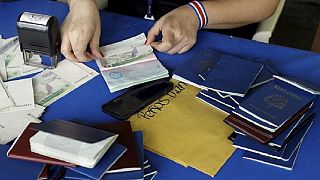 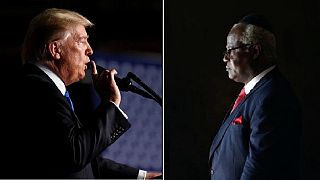 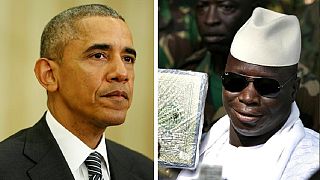