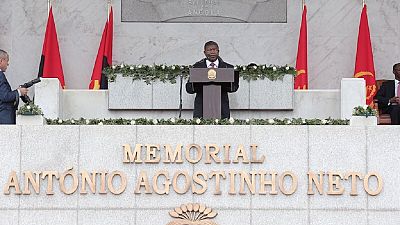 Angolan president Joao Lourenco has fired the police chief and head of the intelligence service in his first replacements in the security services since taking office in late September this year.

Lourenço sacked Ambrósio de Lemos as Commander General of the National Police, replacing him with Alfredo Mingas. Whiles António José Maria was replaced as Chief of the Intelligence Service and Military Security by Apolinário José Pereira.

Both security chiefs were appointed by his predecessor and were seen as top allies of the former leader.

Lourenco who replaced the country’s long-serving president, Eduardo dos Santos, has been undertaking a series of decisions seen by political watchers as asserting his authority in the former Portuguese colony.

He closed a media outfit set up by dos Santos months back. Grecima was largely labeled as a propaganda institution created by dos Santos. He returned its operations to the presidency’s communications unit.

He has also issued reviews of the country’s oil and mining sectors since taking over. His biggest move was firing daughter of dos Santos and Africa’s richest women as head of the national oil firm, Sonangol.

The sack of Isabel dos Santos was announced last week. The presidency replaced Isabel with an official she had fired previously.