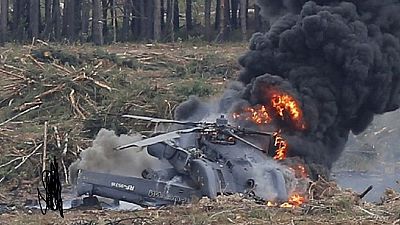 At least 11 people were killed in northern Tanzania on Wednesday when a light aircraft flying to the Serengeti National Park, a popular tourist destination, crashed, the flight operator said.

The Cessna Caravan light airplane, carrying a pilot and 10 passengers, was flying tourists from the northern Tanzanian town of Arusha when it went down in the Ngorongoro crater at about 0800 GMT, Coastal Aviation said in a statement.

The Tanzanian air charter company said the identities of the dead would be withheld until their families are notified.

“This is devastating,” the company said. The cause of the accident was unknown, police said.

The nationalities of the tourists on board the aircraft could not be immediately established.