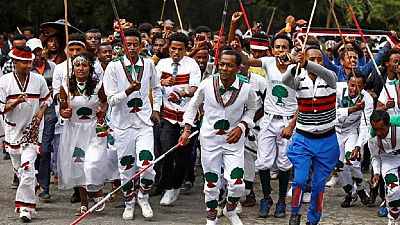 <p>International rights group, Human Rights Watch (<span class="caps">HRW</span>) has tasked the Ethiopian government and security forces to create an enabling environment for the conduct of a top cultural festival, the Irreecha.</p> <p>The call comes days to the event and will mark a year since violence blamed on highhanded security response to protests killed participants and patrons of the annual festival. “The security forces’ disastrous and disproportionate use of force should not be repeated this year,” said Felix Horne, senior Africa researcher at Human Rights Watch. </p> <p>“With longstanding grievances still unanswered, this year’s Irreecha could be fraught with tensions. The government and the security forces should take all steps necessary before and during the festival to protect human life and de-escalate tensions,” he stressed. </p> <p>The people of Ethiopia’s Oromia region will on October 1, 2017 be joined by wellwishers to celebrate the annual Irreecha festival. This year’s edition will be the first after the deadly incidents that marred the festival in 2016.</p> <p><span class="caps">HRW</span> released a 33-page report that faulted the government and security forces for the unfortunate events that happened at Bishoftu – the town that host the festival. It is located some 40km southeast of the capital, Addis Ababa.</p> <p>Deadly protests that followed the protests led to the imposition of a state of emergency about a week later, on October 9. The six-month measure was reviewed upon its initial expiration in April this year. It was lifted in August this year, bringing the total duration to 10 months.</p> <p>Addis Ababa has flatly rejected calls for an independent probe into the incident stressing that it had internal mechanisms to do that. Rights groups have dismissed efforts by the Ethiopian Human Rights Commission (<span class="caps">EHRC</span>) as lacking credibility.</p> <p>The <span class="caps">HRW</span> report titled ‘Fuel on the Fire,’ reiterated the position that the government’s undue interference in a purely cultural event was to blame for the deadly disruption in 2016. “Last year’s tragedy was triggered by the government’s botched effort to control the event,” Horne said. </p> <p>“This year, the government should consider whether a much lighter security force presence would best serve to minimize the potential for violence, and in any case, ensure that security force personnel minimize and seek to avoid any use of force,” he added.</p> <p>The Oromia region is one of Ethiopia’s most restive regions – despite being one of the largest and most populated. It was at the heart of deadly anti-government protests that rocked the country leading to security crackdown and largely a contributory factor to the state of emergency.</p> <p>Africanews’ correspondent in Ethiopia, Antoine Galindo in August 2016 averred in an interview on <a href="http://www.africanews.com/2016/08/01/protests-in-ethiopia-the-morning-call/" target="_blank">‘The Morning Call’</a> program that it was more a protest about political exclusion in the country.</p> <p>According to him and most political watchers, even with their ties to a relatively smaller population, the ruling Tigray People’s Liberation Front (<span class="caps">TPLF</span>) had established a hegemony at the helm of the political establishment.</p> <p>Getachew Metaferia, professor of political science at Morgan State University in Maryland, US, told <a href="http://www.voanews.com/content/protests-ethiopia-gonder-city-signal-uncertain-future/3445262.html">Voice of America</a> that growing inequality and a lack of freedom of expression had combined with perceived attempts to favour Tigray in the position or regional boundaries to spark the protests.</p> <p>More recently, the Oromia region has been engaged in clashes with the Somali region – the government puts the deadly confrontations down to border disputes but activists insist it is a deliberate ploy by the establishment to give the Oromia region a bad name.</p>

With longstanding grievances still unanswered, this year’s Irreecha could be fraught with tensions. The government and the security forces should take all steps necessary before and during the festival to protect human life and de-escalate tensions. 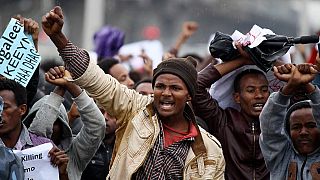 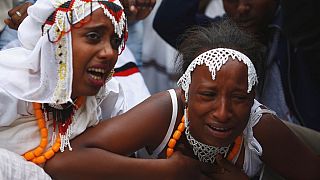 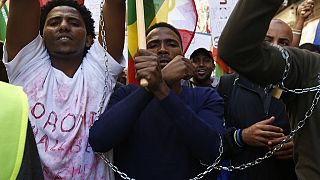