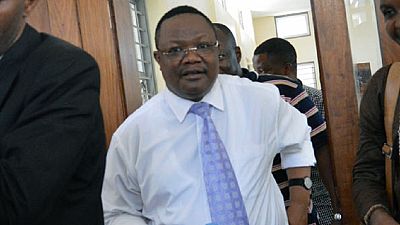 Tundu Lissu, Tanzanian opposition MP and vocal critic of President John Magufuli has been transferred to a Kenyan hospital after he was shot by unknown gunmen on Thursday in Tanzania’s national capital, Dodoma.

He was transferred from the Dodoma public hospital, where he was first admitted, to Aga Khan University Hospital in Kenya’s capital Nairobi on Thursday night.

This was disclosed to the media by the Law Society of Kenya (LSK) president Isaac Okero who said the lawmaker is in a critical condition, local Kenyan media Daily Nation reported.

Lissu, who is also a senior lawyer and parliamentary chief whip of the main opposition CHADEMA party, is reported to have been shot in the stomach and leg.

The party condemned the attack and called for an investigation and arrest of perpetrators who are still at large.

Tanzanian President Magufuli also condemned the attack in a tweet in Swahili and ordered the police to bring the perpetrators to book.

The police said they had launched an investigation into the attack whose motivation is still unknown.

Tundu Lissu is a fierce critic of Magufuli and has been arrested on many occasions with the most recent in July for calling Magufuli a dictator.