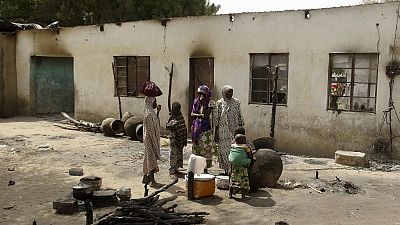 The Islamist militant group Boko Haram has killed 381 civilians in Nigeria and Cameroon since the beginning of April, rights group Amnesty International said on Tuesday, a testament to the militant group’s deadly resurgence.

The Nigerian military has repeatedly said Boko Haram has been “defeated”. But in recent months, it has carried out a string of lethal suicide bombings and other high-profile attacks on towns and an oil exploration team.

The number of deaths since April 1 is more than double that for the preceding five months, Amnesty said.

Boko Haram has killed 223 civilians in Nigeria since April. The forcing of women and girls to act as suicide bombers has driven the sharp rise in deaths in northeast Nigeria and northern Cameroon, said Amnesty.

“Boko Haram is once again committing war crimes on a huge scale, exemplified by the depravity of forcing young girls to carry explosives with the sole intention of killing as many people as they possibly can,” said Alioune Tine, Amnesty’s director for West and Central Africa.

In Nigeria, the deadliest attack was in July, when the militants abducted an oil exploration team with staff of the state oil firm and a university while they were travelling in a military convoy. Boko Haram killed 40 people and kidnapped three others, Amnesty said.

Boko Haram suicide bombers have killed 81 people in Nigeria since the start of April, said Amnesty.

In Cameroon, the Islamist insurgency has killed at least 158 people in the same period. That is also linked to a rise in suicide bombings, the deadliest of which killed 16 people in Waza in July, the rights group said.

More than 2.5 million people have been displaced or become refugees in the Lake Chad region – which includes Nigeria, Cameroon, Niger and Chad – while 7.2 million people lack secure access to food because of the conflict with Boko Haram, according to the United Nations.