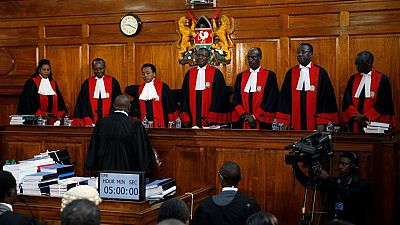 In an address outside the court premises after the ruling was delivered, Odinga said the annulment was a “very historic day for the people of Kenya and by extension the people of the continent of Africa”.

The Supreme Court overturned the results of last month’s presidential election with a decision of 4 – 2. The court held that there were irregularities that tainted the final results.

It is the first time in Africa, that a court has overturned results of an election. A similar appeal after the last election was wholly rejected by the Supreme Court.

The elections body was subsequently ordered to conduct fresh polls in sixty days. The main opposition coalition, the National Super Alliance (NASA) went to court arguing that the vote was fraudulent.

Meanwhile, there are reports of wild celebrations in Odinga’s stronghold of Kisumu and parts of the capital Nairobi, where supporters have flooded the streets.

Residents from across the country react to the news that the Supreme Court has invalidated the presidential election. #SupremeCourtDecides pic.twitter.com/54ecRuxG1V