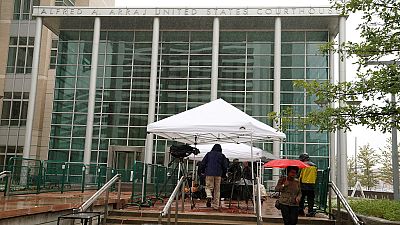 A former Guinea government minister was sentenced to seven years in prison on Friday following his conviction of laundering $8.5 million in bribes that U.S. prosecutors say he took in exchange for helping a Chinese conglomerate secure mining rights.

The sentence, as imposed by U.S. District Judge Denise Cote in Manhattan federal court, was less severe than the more than ten years suggested by federal guidelines. Cote said she had considered the good that Thiam, a U.S. citizen, had done for his native country when he returned there to take the government job in 2009.

“I find he went to Guinea to help, not to rob it,” the judge said. “I find he did help in many ways.”

“He saw corruption all around him, and decided ultimately to succumb to corruption,” she said.

Thiam’s lawyer, Aaron Goldsmith, said after the sentencing he would appeal the conviction, adding the sentence was “better than we feared, not as good as we hoped.”

“We feel very strongly that there is a lack of evidence sufficient to prove Mr. Thiam’s intent to accept the payment as a bribe,” Goldsmith said.

Thiam, 50, was convicted by a jury in May of one count of money laundering and one count of engaging in transactions in property with a criminal source.

The case is one of several corruption cases around the world tied to Guinea’s mining sector.

Prosecutors sought to prove that Thiam took bribes from Chinese tycoon Sam Pa, and that in exchange, Thiam helped secure lucrative mining rights in Guinea for a joint venture of the China International Fund and China Sonangol, closely tied to Pa.

The prosecutors presented bank records showing that Thiam opened a bank account in Hong Kong to receive the money and later wired it to the United States. They said Thiam used the money to fund a lavish lifestyle, including a mansion north of New York City and private schools for his children.

Thiam, who worked as an investment banker in New York before moving to Guinea, admitted on the witness stand that he had taken money from Pa, but said it was a personal loan.

Thiam also admitted that he lied repeatedly to banks about the source of the money and concealed the fact that he was a government minister in Guinea.