A UN expert, Mr Baskut Tuncak, after a visit to Sierra Leone called for better supervision of the mining and agricultural sectors and urged the country to fight more vigorously against the adverse health and environmental consequences of industrial development.

In a press conference, he spoke of “numerous claims of land appropriation by Socfin”, a Luxembourg company that produces palm oil in Sierra Leone and whose majority shareholder is the French group Bolloré.

“During my visit, it also became clear that the government must pay more attention to the problems of mines, crafts or industrial,” he said.

During my visit, it also became clear that the government must pay more attention to the problems of mines, crafts or industria.

He expressed “grave concern” about “access to justice for individuals and communities to defend their rights and obtain reparations”.

“Sierra Leone has an urgent need for labor, pesticides and chemical laws, which it currently does not have,” said the UN expert, calling for greater transparency on contracts between the authorities and the industrial groups operating the land.

The expert, who undertook a two-week visit during which floods killed more than 500 people and 810 missing, referred to the main landfill in the capital, Kissy, which poses a health risk because contaminated waste flow to the ocean, threatening the life of communities and marine flora and fauna.

He urged the authorities to “move this dump to avoid a disaster”.

Mr. Tuncak also highlighted the lack of reliable data on emissions of pollutants and urged the government to put in place a “serious monitoring of water, air and food work and health situation” in the country.

The expert also called for the authorities to recognize the “role of civil society in ensuring sustainable development”.

His final report is expected in September 2018. 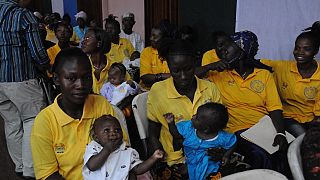