The ease of travelling around Africa [Travel] 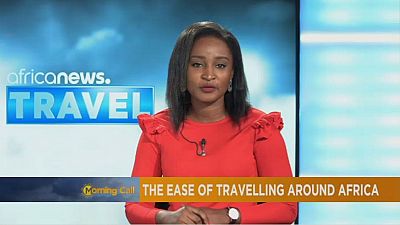 Barely a year ago I spoke about the difficulty of traveling on the continent as an African when the single African passport was introduced at the 27th AU Summit in Kigali.

Well, already within the past year , there have been some positive changes as one third of African countries have amended their visa policies.

13 African countries now offer electronic visas, up from 9 the previous year. Ghana made the most significant progress: in 2016 the government announced that it would provide visas on arrival for citizens of every AU member state, while offering entirely visa-free travel to 17 African countries. Citizens of the Economic Community of West African States have been travelling to Ghana visa free for a number of years.

It’s amazing Seychelles is opening its doors to all Africans, the top performing country on visa openness however isn’t new to this visa openness policy as it has been in place for years.

Located in the middle of the Indian Ocean it’s a haven for well-heeled tourists but hard to get to if you don’t have the means.

The African development bank has a website through which you can verify requirements by nationality for travellers. It’s www.visaopenness.org

As the name implies the site reports on the Africa openness index , tracking changes in country scores over time to show which countries are making progress in support of the free movement of people across Africa.

Unfortunately the site does not provide details on visa processes. My advice is to call and verify with consulates and embassies before you land in country to avoid conflicting information on visa requirement.

While some countries have amended their visa policies, crossing borders remains a painful experience for most Africans.

The visa openness index has revealed that some countries have proven difficult in this respect and some almost impossible to get in with an African passport .

With Western Sahara and Equatorial Guinea proving to be the most difficult, requiring visas from all member countries on the continent. Central Africa still remains the most closed region.

The index suggests that at a time of slow economic growth due to falling commodity prices, alongside a decline in international tourist arrivals in Africa,more open visa policies can help to re-energize the tourism industry, promote more African tourists and build the AU’s vision of Brand Africa.

All in all, hopes are high for the much longed-for African passport by 2020. How will this be in practical terms? Can ordinary Africans realistically look forward to receiving copies by then as projected by the A.U.?
What will be the consequences with increased intra African travel ? Increased trade , increased crime, terrorism influx…Well I guess we will have to wait.