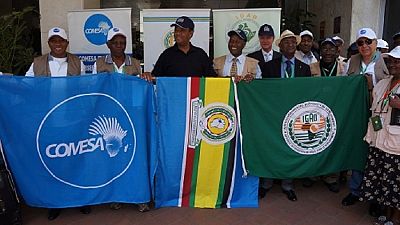 Various observer missions have directed presidential candidates to court if they have issues which have not been addressed duly by the electoral commission.

The Carter Center, COMESA, the EU and Commonwealth observer missions among others have recommended the judicial system after describing the electoral process as credible and transparent.

The head of the Common Market for Eastern and Southern Africa (COMESA), former Zimbabwean justice minister Simbi Mubako said they met with opposition candidate Raila Odinga and advised him to proceed to the court if his grievances are not addressed by the IEBC.

“You need peace and you need electoral justice as well. We told him to avoid making statements that will destroy the whole process and to seek justice for his grievances,” he said.

You need peace and you need electoral justice as well. We told him to avoid making statements that will destroy the whole process and to seek justice for his grievances.

This was reiterated by Aminata Toure, former Senegalese Prime Minister and politician who called on the losers to who will want to contest the results to go to court.

She briefed the media as part of the Carter Center observer mission with its head, former U.S. Secretary of State John Kerry.

“It is the paper ballot and accounting process established by the IEBC that tells the story of the election and not the electronic transmission of the results … We call on all Kenyans to believe in the process,” John Kerry said.

He was of the belief that the election can appropriately certify the outcome and that none of the issues that came up can affect the overall process.

They commended the IEBC for the transparency in securing the vote.

The head of the European Union’s election observer mission Marietje Schaake also said it had seen no signs of “centralised or localised manipulation” of the voting process.

Ghana’s former president and head of the Commonwealth’s observer mission, John Dramani Mahama has also described the election as credible.

The views expressed by the observer missions are against the claims of the opposition candidate Raila Odinga who alleges that a hack into the election system breached the results.

The IEBC confirmed on Thursday that there was an attempted hack that was unsuccessful. They said it had no effect on the results but they will investigate the claims.

Preliminary results place incumbent President Uhuru Kenyatta in the lead while Odinga, who says he is in the lead per his party’s results, is in second place.