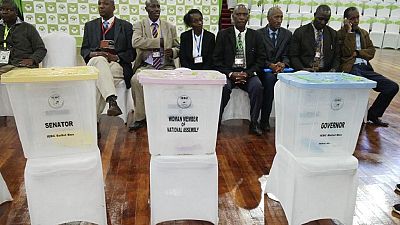 In a bid to have a free and fair poll, Kenya’s Elections Observation Group (ELOG) has concluded plans to deploy about 5,000 observers to monitor Tuesday’s vote. ELOG also will use Parallel Vote Tabulation (PVT) to monitor the presidential election.

The group which is made up of civil society and faith-based organizations, met on Saturday in the capital, Nairobi and agreed to deploy about 5,700 election observers.

From the group, about 1,700 observers will also monitor the elections using Parallel Vote Tabulation (PVT).

We want to increase the confidence of the public in the elections and also we want to remove any uncertainties on the people.

The PVT Manager at ELOG, Simon Wanjiru said the group is a non-partisan one, and so its activities will give independent and authentic results. ELOG started monitoring elections in Kenya in 2010.

Wanjiru said that the system would be used as a monitoring mechanism to flag irregularities.

“We want to increase the confidence of the public in the elections and also we want to remove any uncertainties on the people, and they need to believe that now the systems have been done right and we will be able to show if they have been done correctly by the commission,” he said.

The European Union has also sent off 32 short term election observers to different regions around the country ahead of the Tuesday’s General Election.

Chief Observer of the EU’s Election Observation Missions Marietje Schaake explained that the 32 will be joining the existing long-term observers who have been serving the country for the past six weeks.

“In total there will be 130 observers, which is a substantial delegation. We are here because we understand the importance of these elections,” Schaake said.

The EU gathering reveals that Kenya want a peaceful electoral process.
The east African country will holds its general elections on Tuesday, the second of its kind under a new constitution.