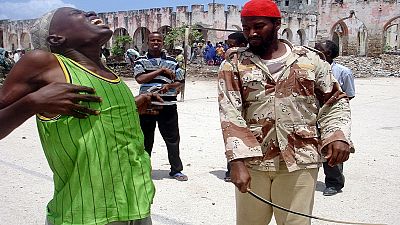 He also announced the formation of a special force to enforce the laws issued by the courts and arrest anyone who goes contrary to the ruling.

Their justice system seeks to implement the sharia no matter how harsh and intolerant it may seem.

Human Rights Watch and other rights bodies have called on al Shabaab to stop floggings, amputations, decapitations, and other practices that contravene international human rights standards.

Al Shabaab has been able to carry out deadly bombings despite losing most of its territory to African Union peacekeepers supporting the Somali government.

The group’s insurgency aims to drive out the peacekeepers, topple Somalia’s western-backed government and impose its strict version of Islam on the Horn of Africa state.