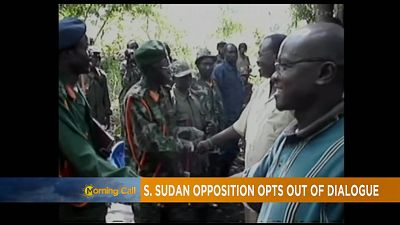 After contacting former First Vice President Dr. Riek Machar, and other armed opposition groups for their participation in a national dialogue, by a committee formed within the national dialogue steering committee the rebel leader declined. People in the dialogue had earlier said it is practically not possible for him to come when he is still leading a rebellion against the government.