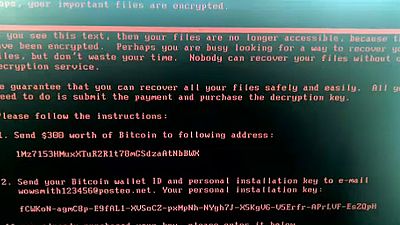 A Cadbury chocolate factory has become the first Australian business to be hit by a global cyber attack.

“The most probable cause is that the operating system, the software of the companies that are targeted were not up to date and then there were some security vulnerabilities into this software,” said Gerome Billois, cybersecurity expert.

The ransomware extortion campaign has already disrupted computers at Russia’s biggest oil company, Ukrainian banks and multinational firms with a virus similar to the ransomware that infected more than 300,000 computers last month.

Last month’s fast-spreading attack was crippled after a British security researcher created a so-called kill switch which slowed the attack.

However, security experts believe the new ransomware will be more difficult to stop.

Pizza guy recognized me off the news and asked if I was investingating the new attack :’) pic.twitter.com/wwrjZOXtqQ