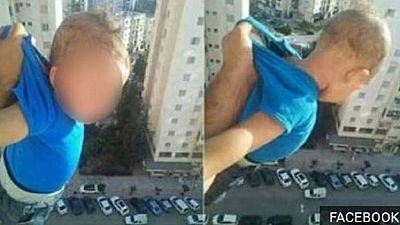 <p>A stunt for 1000 Facebook “likes” has landed an Algerian man in jail. He was found guilty of endangering the safety of a baby boy.</p> <p>An Algiers court sentenced the unnamed man to two two-years in prison after he posted photos of himself clutching the boy’s shirt from behind with the threat of dropping the boy. </p> <p>The shots are said to have been taken from the 15th floor of an apartment block. The accompanying caption to the photo read, “1,000 likes or I will drop him.” </p> <p>The photos shows other apartment blocks on the other side of his and a series of cars parked below. The baby is at one time looking in the direction of his dad and at another time looking downwards.</p> <p>The Al Arabiyya news portal reports that his post sparked a social media outrage that called for his arrest, he was picked up last Sunday and arraigned before court.</p> 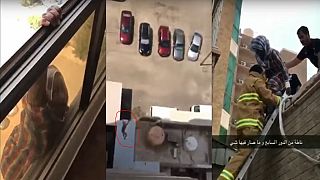 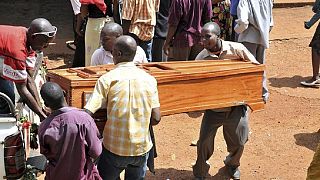