A court in Niger handed an opposition leader a three-month suspended sentence on Tuesday for agitating for the overthrow of government, a move his lawyer said was aimed at silencing its critics.

El Hadj Amadou Djibo, the head of a coalition of opposition parties, was arrested last month after calling on his allies to remain united against President Mahamadou Issoufou and force him from power by all legal means available.

“This is a way of silencing the opposition,” Djibo’s lawyer, Douleur Oumarou, told reporters after the verdict. “We are going to appeal.”

Djibo was expected to be released from prison later on Tuesday.

In March, a court freed 15 civilians accused of complicity in an alleged December 2015 putsch against Issoufou. Nine military officers, including the alleged ringleader General Salou Souleymane, are still behind bars awaiting trial.

Issoufou has led Niger, a major uranium producer and Western ally against Islamists in the Sahara, since 2011. He won re-election in February 2016 in a run-off boycotted by the opposition, whose candidate had been jailed shortly before the first round. 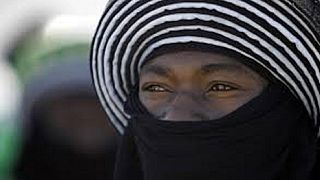