Corbyn and May battle over Brexit in TV campaign event 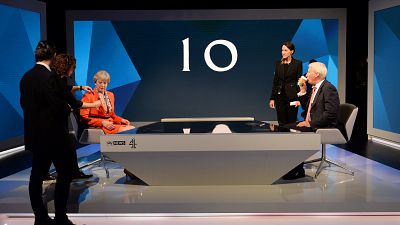 Prime Minister Theresa May said she will walk away from divorce talks with the European Union without a deal if she has to, but her main rival Jeremy Corby countered that he’d make sure an agreement was reached ‘if he won power. Both party leaders were appearing at a live televised question and answer campaign event.

With just over a week to go to the June 8election Labour leader Corbyn was keen to set out a different approach.

“We accept the results of the referendum, it’s taken place, it’s happen, we accept it. And, the priority has to be negotiating tariff-free trade access to European market to protect jobs in this country. That we would do. It also has to be about the future relationship with Europe because they are, after all, our very close neighbours.”

May is expected to win the election comfortably but her Conservative party’s lead in opinion polls has recently narrowed calling into question her decision to call the snap election seeking a strong endorsement of her Brexit strategy.